THE HISTORY OF THE CHRONICLE

The Progression of Diocesan Publications 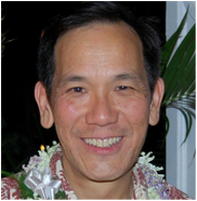 ​The diocesan archives contains a number of early periodicals published by the Church in Hawaiʻi. The earliest is St. Andrew’s Magazine. It began in January of 1871, under the direction of its editor, the Rev. C. G. Williamson. As he stated in his preface to the first issue: “The tone of the Magazine will be entirely free from personalities. Principles, not prejudices, will dictate religious views.” Although this publication was the medium by which the activities of St. Andrew’s Cathedral could be communicated, it was not limited to such. It also contained matters of interest related to the Protestant Episcopal Church in the United States as well as the Mother Church in England. It published a series on the origins and history of the Bible, featured a monthly sermon, and even included a Children’s Corner. Subscription to St. Andrew’s Magazine was three dollars per annum or 40 cents per copy. 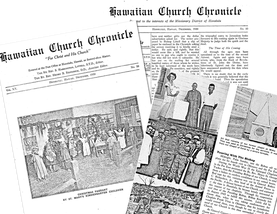 ​The Honolulu Magazine and Mission Chronicle replaced St. Andrew’s Magazine. It published its first issue in August of 1872. The format was similar, but there was a marked difference in purpose. Rather than the magazine of a particular congregation, it became the magazine of a diocese. It was the desire of the editor “that his readers in Honolulu should no longer regard themselves as members of a congregation only, but as the centre of the Anglo-Hawaiian Church, having an interest not merely in providing for their own spiritual wants, but in extending the work of the branch of the Church throughout the islands.” The Honolulu Magazine and Mission Chronicle had a brief four-month tenure, with its last issue printed in December of 1872.

​An unfortunate situation led to the early demise of the Honolulu Magazine and Mission Chronicle. The editor explained that heavy weather on the Atlantic resulted in the non-arrival of the “insides” of the magazine. Not wishing to lose readership, the editor created a new periodical with fewer sheets that he named the Hawaiian Church Monthly Messenger. This publication was printed at ʻIolani College. The first issue appeared in January of 1873. The subscription cost was two dollars per annum. During its last year of publication in 1876, the Hawaiian Church Monthly Messenger co-existed with another publication, the St. Andrew’s Magazine and Monthly Messenger. There was a curious arrangement in which the former publication printed issues for January, February, and May; while the latter filled in with issues printed in March, April, and June of 1876. 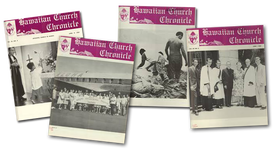 December of 1882 saw the first issue of the Anglican Church Chronicle. This periodical was published on the first Saturday of every month. The subscription price was two and a half dollars per annum, payable in advance. Throughout its entire run, from 1882 to 1908, the Rev. Alexander Mackintosh served as editor and publisher. Sharing in this responsibility as co-editor and co-publisher, from 1882 to 1886, was the Rev. George Wallace. Among the regular features of this publication were news columns which kept subscribers abreast of Church developments in Hawaii, America, Great Britain, and the Colonies. This publication continued in operation until August of 1908 when it was replaced by the Hawaiian Church Chronicle.

Another publication simultaneously printed with the Anglican Church Chronicle, between June of 1890 and April of 1902, was the Honolulu Diocesan Magazine and Quarterly Record of Church Work in the Diocese. It was published under the direction of Bishop Alfred Willis, the second English bishop of Hawaii. The purpose of this magazine was to provide a direct means of communication between the bishop and his flock. Besides reporting on news of the diocese, there were clarifications on points of Christian faith and explanations about the governance, organization, and rituals of the Church. The subscription price for the Honolulu Diocesan Magazine was one dollar per year or twenty-five cents per single copy. This magazine, like the Anglican Church Chronicle, incorporated advertisements into its layout. Among the companies being advertised were lumber and coal dealers, wholesale and retail grocers, real estate brokers, blacksmiths, contractors and builders, jewelry and watch-makers. One advertisement which was given a place of prominence was the advertisement for Iolani College. The advertisement promised “all that conduce to the health of growing boys, and keep them in vigor of mind and body is carefully attended to.” It further stated that the cost for boarders was $150 per year for boys over ten. For boys under ten, the cost was $125 per year. Washing was extra.

​The overthrow of the Hawaiian Monarchy in 1893, and the subsequent annexation of the Hawaiian Islands to the United States in 1898, had far-reaching consequences for the Anglican Church in Hawaii. On April 1, 1902, the Anglican Church in Hawaiʻi was officially transferred to the Protestant Episcopal Church in the United States of America (PECUSA). It became known as the Missionary District of Honolulu. This transfer meant that American bishops, rather than English bishops, would now have jurisdiction over the Church in Hawaiʻi. The resignation of English Bishop Alfred Willis signaled the end of the Honolulu Diocesan Magazine which he had started. Its last issue was printed in April of 1902.

When American Bishop Henry Bond Restarick arrived in the islands, he had the same sentiment as Bishop Willis before him. He felt the need for a direct means of communication between himself and the people of the Church. This could only be accomplished if he had control over the church publication. The Reverend Canon Mackintosh had been the editor and publisher of the Anglican Church Chronicle since its inception. But, during the 1907 Convocation, Canon Mackintosh agreed to turn over control of the publication to Bishop Restarick. The bishop renamed the publication the Hawaiian Church Chronicle and the first issue was printed in September of 1908. In gaining control of the Chronicle, the bishop appointed himself editor-in-chief. Successive bishops continued in that role until 1969, when Bishop Edwin Lani Hanchett appointed the Reverend John P. Engelcke as editor-in-chief of the Hawaiian Church Chronicle.

Over the years, the Hawaiian Church Chronicle has undergone changes in format and distribution. It has evolved into a digital publication that is electronically distributed. However, the one thing that has not changed is its status as a vital communication link between the Diocese of Hawaiʻi and its membership in the islands and its friends around the world.
The Episcopal Diocese of Hawai'i | 229 Queen Emma Square | Honolulu, HI  96813
(808) 536-7776 | Fax: (808) 538-7194 | www.episcopalhawaii.org
Contact Webmaster | © 2019 The Episcopal Church in Hawai'i. All Rights Reserved.