MICHAEL IDA: OBLATE IN THE ORDER OF JULIAN OF NORWICH

[Chronicle, July 8, 2021]  DID YOU KNOW that The Episcopal Church canonically recognizes 18 traditional orders and 14 Christian communities for men, women, or both?  On The Episcopal Church website, a full section is devoted to these groups that offer a pathway for those seeking a deeper understanding, relationship, service or lifestyle change, in their spiritual journeys.  Among those listed are familiar names such as the The Society of St. Francis and Society of St. John the Evangelist.

Here in Hawai'i, Michael Ida is an oblate in The Order of Julian of Norwich.  A cradle Episcopalian "going back several generations," he attends his family church, St. Mark's in Kapahulu.  "As a good Episcopalian" Michael graduated from 'Iolani School and is a math teacher at Kalani High School where he has been teaching for over 25 years.  When asked why and how he became an oblate to the Order of Julian of Norwich (OJN), Michael shared the following:
The formation process typically takes between a year and 18 months, but for Michael, it took just a year.  It involved reading Julian's, Revelations of Divine Love, and corresponding regularly with a formation director who was a professed oblate.

"As with most discernment and formation processes, the end result was not a matter of acceptance or rejection, but of listening for God's will," said Michael.  "In my case, it helped me to clarify and confirm my vocation as an oblate."
The "mother house" is located in White Lake, Wisconsin, and welcomes visitors for individual silent retreat in their guesthouse, contemplative space, or to attend services in their chapel.

"I've gone on retreat at the mother house in Wisconsin several times," shared Michael.  "If you've never been to a monastic community, it's an experience like no other.  A rule of strict silence is observed with talking only allowed under special circumstances and in designated places within the monastery.  Meals were not included among them.  Like monastics everywhere, the monks and nuns at the OJN mother house get up early and observe a full round of communal worship and Eucharist according to the BCP, augmented with daily periods of silent contemplative prayer.  It's quite rigorous and takes a little getting used to, but once you become accustomed to it you realize how noisy, distracting, and 'un-Christian' the outside world really is."
Further below, is a reflection by Michael on being an oblate in the Order of Julian of Norwich.  Although there isn't a formal group of Julian oblates within the Diocese of Hawai'i (Michael is currently the only active one), he welcomes anyone interested in learning more to contact him HERE.  To visit the Order of Julian of Norwich website or view the listing of The Episcopal Church's Religious Orders and Faith Communities, click on the buttons below.

A Reflection on Life as An Oblate 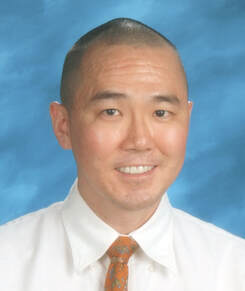 For many in the modern Episcopal Church, monasticism—if it is thought of at all—is perceived as an anachronism from the past, a way of life more closely associated with gothic medieval cathedrals and illuminated manuscripts, and certainly not for the twenty-first century. With our scientific knowledge and technological acumen there is no longer a need for the quiet, reverent, humble, and purposeful life of consecrated religious communities. Part of the silver lining of the pandemic is the debunking of that notion.

Indeed, monasticism is alive and well in the modern world. You won’t see professed Religious in full habits and cowls on the streets or in the pews, but—particularly during the last year and a half—you will see stirrings of the monastic spirit manifesting themselves in the new values and practices emerging in the secular world. The slow, thoughtful, solitary practices of baking, gardening, and crafting that many have taken up during weeks of enforced isolation point to the stirrings of a society that has seen the shattering of the myth of the invincibility of relentless technological progress, and is seeking solace in something beyond the individual.

As an oblate in the Order of Julian of Norwich, my vocation is to live as a monk in the world. Rather than withdrawing from secular society, I engage directly with it, living as any other lay person but under the same vows of stability, conversion of life, obedience, and prayer that the regular members do in the Order’s motherhouse in rural Wisconsin. The inevitable tension between my oblate vows and the values of the world is, for me, also the source of dynamic challenge and creative energy as I continually discern how to reconcile the two. I am seldom successful, often coming down too far on one side or the other, but as all serious Christians know, it is the struggle that we are constantly reminded of our ultimate reliance upon God alone and on the limitless grace that flows from him. 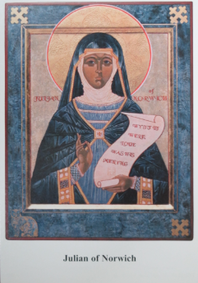 Julian was an anchoress—a recluse who lived out her days in a small room attached to the parish church at Norwich, England in the late fourteenth and early fifteenth centuries—who experienced visions of God and expounded upon them in her, Revelations of Divine Love. Many will be familiar with the image of the world as a hazelnut in God’s hand, and the exhortation that, “All will be well,” both of which originate from her work. Those of us who have adopted her as our patron, whether professed regular members living in community or oblates and associates in the wider world, follow a rule of life that has stood the test of a millennium and a half. Grounded in prayer, we are called to celebrate the sacramental nature of life and to find the holiness in the in-between times of quiet and solitude. Those who have taken up sourdough bread or growing herbs during the pandemic have experienced a kinship with us. We believe that by reciting the Daily Office, participating in the full sacramental life of the church, practicing contemplation, and living intentional lives aligned with poverty, chastity, and obedience rather than acquisitiveness, vulgarity, and willfulness, we are providing the yeast that will leaven the world at-large. Please pray for us in our vocation to do so.
Sybil Nishioka, Editor & Communications Contractor, Episcopal Diocese of Hawai'i
Photos: Michael Ida, contributed; Order of Julian of Norwich from their website
The Episcopal Diocese of Hawai'i | 229 Queen Emma Square | Honolulu, HI  96813
(808) 536-7776 | Fax: (808) 538-7194 | www.episcopalhawaii.org
Contact Webmaster | © 2019 The Episcopal Church in Hawai'i. All Rights Reserved.