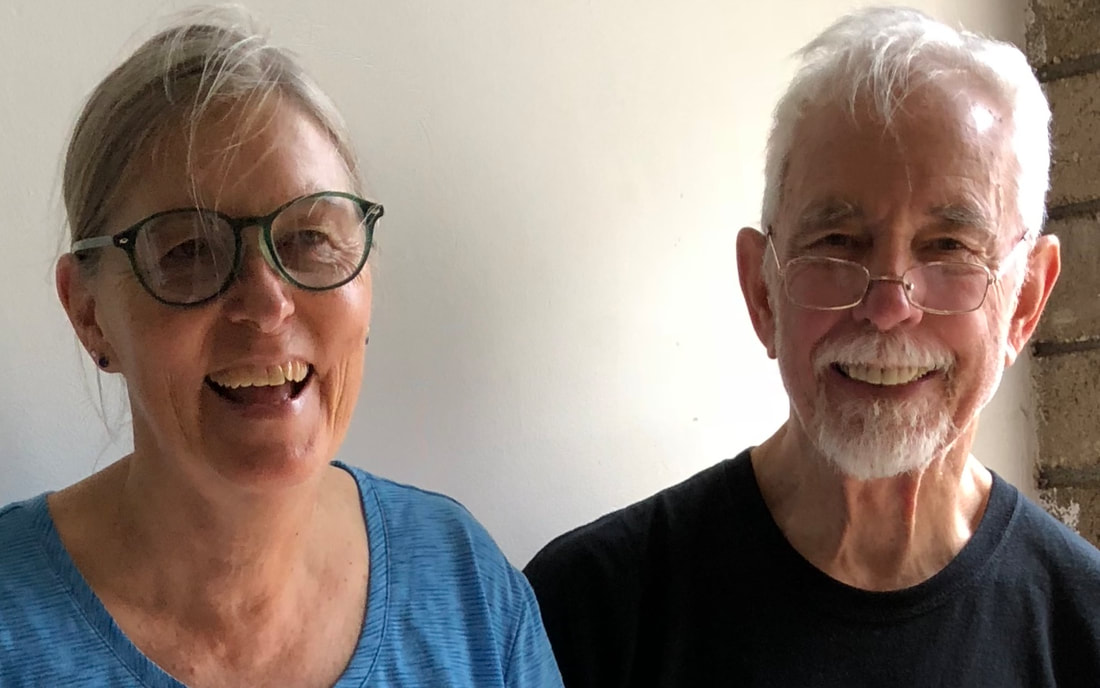 The Spirit of Dorothy Day and Peter Maurin:
The Catholic Worker and Wallyhouse Open at  St. Elizabeth's 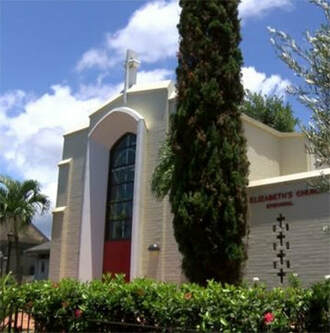 [August-October 2018 E-Chronicle]  Nestled in the heart of downtown Honolulu, where luxury condos meet poverty and homeless encampments head on in a clash of lifestyles, sits St. Elizabeth's Episcopal Church.  The distinctive white building stands as a beacon to those struggling with life in the surrounding community.

Fr. David Gierlach has served as its Rector since 2009, and during this time, he has witnessed the ever-shifting population of immigrants, the disparity between wealth and poverty, the exploding number of homeless, and the unending battle to help those in need.  But it hasn't stopped him and his incredible team of associates and dedicated congregants to tackle some of the toughest societal issues facing Hawai'i.

They organize marches to the State Capitol and are active in organizations to advocate affordable housing for all and medical care for immigrants; they feed, tutor and create a host of programs for inner-city youth; run a food pantry, do laundry and house homeless in their parking lot; and they shape their Sunday services to include the bold and beautiful voices of multicultural worship.  The list goes on and on, and it's no wonder that this congregation is one of the most vibrant and diverse in the Diocese.

If that wasn't enough, Fr. David recently stretched their outstretched arms even more, by putting out a call in the Franciscan community for a possible  Catholic Worker earlier this year.  What is the Catholic Worker?   The Catholic Worker is a movement founded in 1933, by Dorothy Day and Peter Maurin, involving a lifestyle of voluntary poverty and a commitment to nurturing "the poor in body, mind and spirit, non-violent resistance of oppression, and practicing radical acts of kindness." There are over 200 Catholic Worker "communities" throughout the world.

So it was in January of 2018, that David Catron and barbara bennett (intentional lower case), found their way to St. Elizabeth's. Both are members of the Third Order of the Society of St. Francis .  Over the next few months of prayerful discernment, a string of unexpected occurrences, and lots of elbow grease, their ministry began to take shape.  With the help of volunteers and generous hearts, the dilapidated rectory was transformed, and on July 8, 2018, Wallyhouse opened and was formally dedicated as a Catholic Worker home.

Their story and the creation of Wallyhouse is so divinely inspired and filled with God's grace, that you must read their first issue of the Wallyhouse News that explains it all.  Yes, Wally is a real person (Wally Inglis, Chair of the Hawaii Coalition for Creative Housing) whose dream was to have a Catholic Worker in the islands, and David and barbara are now fulfilling this dream on the grounds of St. Elizabeth's. (Click HERE  to read their inaugural news issue.)  Pictured below from left is the revitalized rectory turned Wallyhouse; Wally Inglis stands second from left at the dedication ceremony, and at far right, Fr. David Gierlach blesses and dedicates the building.

Today, David and barbara provide laundry service for the houseless community (thanks to grants received from the Diocese to cover the cost of a new commercial washer and dryer), run the church food bank, distribute mail to those who use the church address, serve a free tasty lunch every Tuesday to a grateful (and growing) crowd, opened up Artfelt, an art studio for the houseless and at-risk youth, provide device charging, and of course, offer prayer and care for all who come to their doorstep. If this sounds like a lot accomplished in a few short months, it is... but it is just the beginning. There are already plans for a vegetable garden, private shower facilities, and a sewing workshop! One can only guess what will take shape next year! ​

David and barbara welcome volunteers and donations are always needed, including items such as toiletries, diapers, snack food, art supplies, laundry soap (pods), towels, trash bags, new underwear, and simple can openers. You can reach David and barbara at (808) 535-5677, or by  e-mail .